Public space has always worked pretty well as a showcase for the arts. Until one day, a gigantic cherry plastic ball rolled into cities and turned things up. As a catalyst for new encounters within the everyday.

On the surface, the experience seems to be about the ball itself as an object, but the true power of the project is what it can create for those who experience it. It opens a doorway to imagine what if?

So, what if the exposed art is just a simple inflated huge ball that is not here to stay for ever. What if it just popped out, almost like a huge toy ball under a bridge, an unglamorous one, like the one in St. Louis where it all started back in 2006, or even under an epic one, like the Sheikh Zayed Bridge in Abu Dhabi, a few years later?

What if this PVC ball, surprisingly got stuck into an entrance to a museum, like the Museum of Contemporary Art in Barcelona, making you wonder if art can only exist within a museum?

And what about that seeded need of humans to touch, to feel the object? Well, here comes a moment, where the sign “please do not touch any items, all objects are very fragile”, looks totally inappropriate.

Or, what if that RedBall even gets in your way, on your every day route, to work -in between two buildings- making your path inaccessible?

And yet makes you smile.

Welcomes you to touch it or even better, bump yourself onto it.

What if this huge, funny RedBall squeezes itself in between the bridge-tender building and the metallic movable part of the La Salle bridge? And what if this naughty RedBall flirts with a permanent piece of art, such as, The Flamingo by A. Calderon, in Chicago?

This RedBall leads to a far more dynamic discourse about public art installations. This temporary object, pops out, and disappears, only to reappear later in a different city or even continent, miles and miles away. An ephemeral object.

But still so engaging, that gets engraved onto your memory for unlimited time.

The RedBall project of Kurt Perschke is interacting with the architectural environment, taking the shape of the “receiver”, invading ancient and modern architecture.

So every place looks different. Humble or forgotten places get instantly enhanced. And maybe you, as a citizen, fall again in love with what you first “saw” in this place, long before routine washed it out through time.

Kurt Perschke’s RedBall is also interacting with the public. It is actually almost “squeezing” you, stimulating your brain to think of the public space and experience art in a “holistic” way. Outside the box. Even if this box usually has the shape of, say, a gallery space.

So what makes this a piece of art is the “force” to make you “see” the unseen. Even through a playful way. Art is a mode of perception. Even when it makes you smile out of surprise. A visual joke.

Everywhere – sidewalk, canal, roadway, bridge, arch, bus stop – that RedBall has been around the world, Kurt Perschke first stood there measuring, drawing and picturing the site. Though bound for public consciousness, RedBall begins as moment of private imagination.

It has been around since 2006, rolled in various cities, such as St.Louis, Barcelona, Taipei, Abu Dhabi, Perth, Sidney, and this June 2012 it is making its way to London’s south bank, and various other places, in the UK, right on time for the Olympic games.

And hopefully, just hopefully, we will soon run into this huge cherry ball in Athens. Can you imagine it stuck within Parthenon? Would that constitute the catastrophy of the golden ratio?

Of course not. Even Phidias, Callicrates and Iktinos, if still alive, would have a good laugh.

For further info and to stay up to date, please visit the redballproject.com.

All images and videos courtesy of Kurt Perschke. 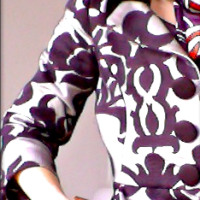 About the Author Maria Christina Golna

Christian Louboutin and the most glamorous lipstick ever