Moonlight Matters aka Sebastiann Vandervoode brings back a fuze of ’90s dance and ’80′s stadium pop with the infectious new track “Come for Me”, featuring Hercules & Love Affair‘s own Gustaph.

The new EP also titled “Call For Me” drops June 18 via Kitsuné, featuring Azari & III‘s Starving Yet Full on rock infused ballad “Standing up For Love”. You’ll love it, trust us! And it’s already out via Beatport.

Sebastiaan Vandevoorde already has some mileage on the counter of his vintage synth stacked studio. After 1.5 years of being the Composer/Producer of another Belgium based act, called Villa, where he remixed Moby, Gorillaz, Keane, Ali Love and Findlay Brown; sculpted exquisite reworks of Tina Turner, Agneta Falstag and Anita Meyer; scored a summerhit with Beats of Love, and played the best venues and Festivals from Fabric/Social Club/Razzmatazz to Bestival/Oxygen/Pukkelpop the time has come to strike out on his own with a solo project called Moonlight Matters.

Seba’s style is hard to pinpoint, but certainly has no lack of personality, his versatility is his strongest point and he’s always able to adjust to the right mood for any kind of smart-witted melodic dance music with a great wow factor. His music won’t just set your feet on fire and tear up a crowd, it will also make your mind tickle in a surprisingly emotional fashion. Starting off with remixes for The Drums/Digitalism/Hercules And The Love Affair/Ellie Goulding/Clare Maguire/Pacific!/Silver Columns and many more pending this new project promises to grow out to a long term eargasm. You can expect well thought out compositions and surgically inserted powerbeats on a bed of timeless sounds and exciting arrangements. Coming from the same little environment as Soulwax, Aeroplane and The Glimmers, Moonlight Matters is definitely here to stay… 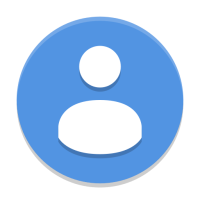 About the Author Evangelos Zamantzas

Incognito are always there and so is Bluey