Mention Ferrari to anyone and they get dreamy eyed, mention their favourite model immediately and usually comment on the latest travails of their Formula One team. Even though it is a rarefied brand with cars made in very limited numbers and for a very specific clientele, everyone in the world knows who they are, what they do and feels it is a special kind of car. Enzo Ferrari surely did not even think that the firm he started way back in 1929 in Modena, Italy, would become such a prominent global brand.

Such a storied and legendary car (and fantasy) maker could not stay long without a museum dedicated to the man responsible for the birth of this myth, right where it all began. A place where the visitor could embrace the brand’s story and ethos, admire the exquisite cars that make up it’s glorious history and maybe get a piece of it for himself. Built around an existing building in Modena, an earl 19th century house restored to its original condition, the building reminds one of a classic Ferrari engine hood, with the curved shape, the vents and the bright Ferrari yellow (contrary to what most people believe, the brand’s colour is yellow as you can see in their logo, and is also Modena’s).

The building was not finished without trouble. Future Systems, the architectural practice that won the 2004 competition for the museum was dissolved in 2009, as the construction was about to start, due to the demise of Jan Kaplicky, the head architect. Andrea Morgante, his former associate and director of this project, was appointed by Ferrari to finish the task. WIth the help of his new studio, Shiro, he made it.

The total area encompassed by the museum is 5,000 square meters for both buildings. The old one, build in 1830, having been the house and workshop of Enzo Ferrari, now houses the history of the firm, in an interior construction designed by Andrea Morgante, to remind one of a book’s pages, fluttering open to give a glimpse of its contents. The construction, which keeps each further chapter a secret, until the visitor advances to it, runs the whole length of the 40m workshop, while the house encompasses two smaller exhibitions and administrative offices.

The new building, sloping gently to embrace the old, much like the new technology of Ferrari embraces it’s long history, has the main exhibition of Ferrari cars on display, including the most prestigious ones: about 40 models, selected on a rotating basis from amongst all of Ferrari cars ever made, based on the company’s own specimens and the collaboration with many Italian and international car museums and collectors around the world. Apart from the impressive curved aluminium roof, the building has a double curved structural glass facade that filters sunlight in the vast, almost continuous interior.

Thermo sensors, photovoltaic technology, water recycling and the use of geothermal energy (a very sensible move since half the permanent exhibition space is below ground level), make the building almost unique in Italy for employing energy saving systems that are environmentally friendly in a museum.

The Casa Enzo Ferrari Museum opens with an exhibition titled “The origins of the Myth” (“Le origini del mito”). A real tribute: from the Modena Circuit to the Aerautodromo and the Mille Miglia; Scaglietti, Fantuzzi, and Stanguellini to Maserati and Pagani, De Tomaso and Alfa Romeo.

Piero Ferrari, Ferrari’s Vice-President and son of Enzo Ferrari will head-up the museum as Honorary President along with President Mauro Tedeschini and Director Adriana Zini.

“This tribute to my father, who loved Modena profoundly, gives me immense pleasure. It provides an opportunity for anyone who wants to find out more about the man, his story and the link between the city and the world of engines. This new structure is perfectly complementary to the Ferrari Museum at Maranello, the other fundamental location in the life of my father“, said Piero Ferrari, earlier this month.

All images are courtesy of: Studio Cento29 & David Pasek.

Next post The circle of the Parnassos Literary Society 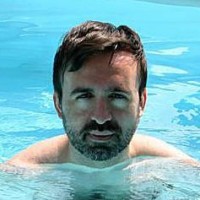 About the Author Stratos Bacalis

Stratos Bacalis is an interior designer and project manager, specializing in exhibitions and museums, for Tetragon Ltd. in Thessaloniki, Greece. He's a design buff, DJ, fashion doll collector and photographer, who loves to travel around the world.
Twitter Facebook Google

A museum entirely devoted to Yves Saint Laurent in Marrakech

At the origins of the legend: Vespa Sei Giorni