1992. Madison Square Garden. The world’s most famous arena. And tonight it’s a full house for Bob Dylan’s 30th anniversary tribute concert. Imagine now walking on that very stage, only to face an earth shattering booing from the majority of the crowd. The stuff of nightmares.

But let’s take things from the start. Two weeks prior to this, Sinéad O’Connor was scheduled to appear on Saturday Night Live, the popular variety TV show to perform a cover of Bob Marley’s War. But what started as a typical musical guest performance turned into something different all together, when Sinéad, towards the end of the performance, pulled out a picture of the then Pope and tore it up in 8 small pieces, shouting “fight the real enemy”, in protest to the sexual abuse scandals that plagued-and still plague- the Roman Catholic church. The rest is history. Sinéad O’Connor became that radical blasphemous bitch who goes around tearing pictures of religious leaders, as far as conservative America was concerned. Despite the turmoil, Sinéad decided not to cancel her appearance on the Bob Dylan tribute concert. After all, it’s Bob Dylan fans we’re talking about. They’re supposed to be free thinkers and open minded. Oh well…

So here we are, back in Madison Square Center. The tribute concert is fully underway as actor and singer-songwriter Kris Kristofferson appears on stage to present the next act. “Ladies and gentlemen, Sinéad O’Connor“.

This sentence is enough to set the crowd on fire. As Sinéad walks on stage, dressed in a modest jacket and long skirt, the jeers get stronger covering the cheers and Madison Square Garden Arena lives up to its historical function. The band is waiting for the crowd to settle down, while the artist is standing still in the middle of the stage, hiding every thought behind an emotionless mask. Two minutes pass like that, an eternity more like, and Kristofferson enters with orders to take her off stage. “There’s no way in the world that the concert can go on, if she doesn’t leave the stage”, he’s told by the organisers. Instead, he approaches her and whispers in her ear “don’t let the bastards get you down” to which she reportedly replies “I’m not down”.

With the audience still booing and the band unable to properly start playing “I Believe in you”, the song she was supposed to perform, Sinéad signals the keyboard player to stop, asks for the mic volume to be upped and starts shout singing “War”, the same song she performed on SNL, the same song that started it all. It’s a raw and powerful performance that only grows stronger feeding off the crowd booing. In a minute or so the song is over, O’ Connor leaves the stage and collapses into tears in the arms of Kris Kristofferson.

And that’s how the MTV darling of “Nothing Compares 2U” became a persona non grata for the american audience.

Sinéad O’Connor’s latest album, “How About I Be Me (And You Be You)?” is out now by One Little Indian. 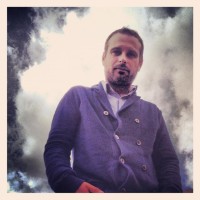 About the Author Vasilis Bibas

Marina is back – her diamonds too